In response to raw chemicals, debris, and other pollutants being routinely dumped in creeks, rivers, lakes, and ponds, Congress passed the Clean Water Act in 1972. The Clean Water Act created the Environmental Protection Agency (EPA), which has legal authority to form and enforce anti-pollution regulations on a federal level.

The EPA’s National Pollutant Discharge Elimination System (NPDES) grants the Oklahoma Department of Environmental Quality (ODEQ) the responsibility to enforce these policies through a statewide General Permit to Discharge Stormwater—Permit OKR04. This permit requires cities in Oklahoma to monitor and control what is discharged into creeks, rivers, ponds, and lakes through their storm sewer system.

Coweta was required to create a Stormwater Ordinance and file for an OKR04 permit in 2006. In 2015, the permit was renewed until 2020, and a new permit will now be issued every 5 years. 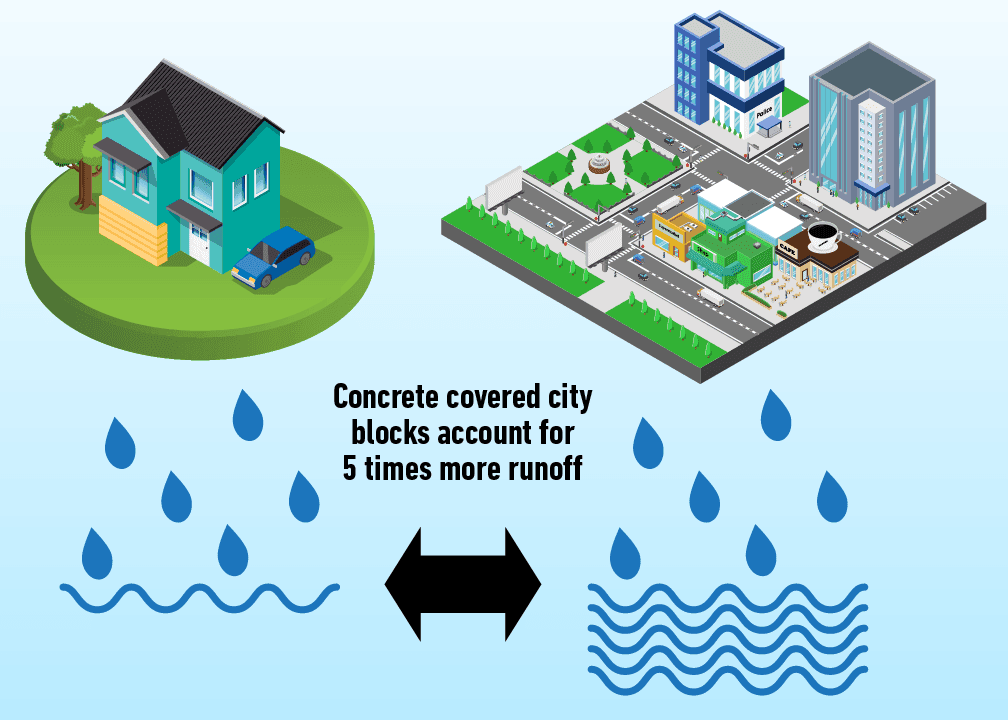 The Coweta Stormwater Ordinance is designed to prevent dirt, silt, and debris from being washed into city streets, where the erosion could clog the storm sewers and pollute the waterways where stormwater empties. It also makes builders and developers responsible for creating a stormwater pollution prevention plan, which must be submitted to the city for review and approval on commercial projects.

Any method can be used that keeps dirt, silt, and debris limited to only the construction site until permanent vegetation is installed and rooted. However, it’s impossible to keep all mud / debris contained on a construction site during heavy rain. Builders and developers are also required to remove mud and debris deposited on the streets after a rain event.

If you encounter large amounts of mud on a city street, please submit a citizen complaint form. Once submitted, the situation will be promptly investigated and corrected.

HOW DO WE KEEP OUR STREAMS, CREEKS, AND RIVERS POLLUTION-FREE?

The goal of stormwater management is protecting the environment, reducing flooding, and limiting the waste entering our stormwater drainage systems. That’s why everyone in Coweta has a responsibility to keep our streams, creeks, and rivers healthy. All it takes is a few simple changes to prevent pollutant run-off. 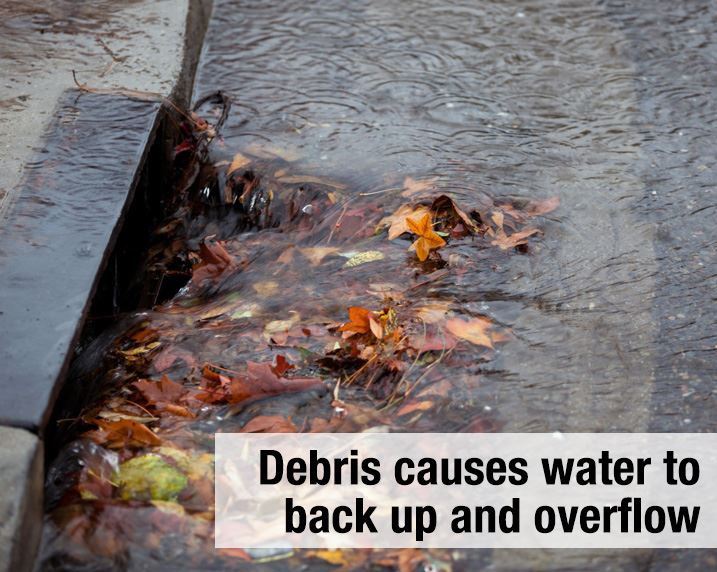 CITIZENS AND BUSINESS OWNERS SHOULD: 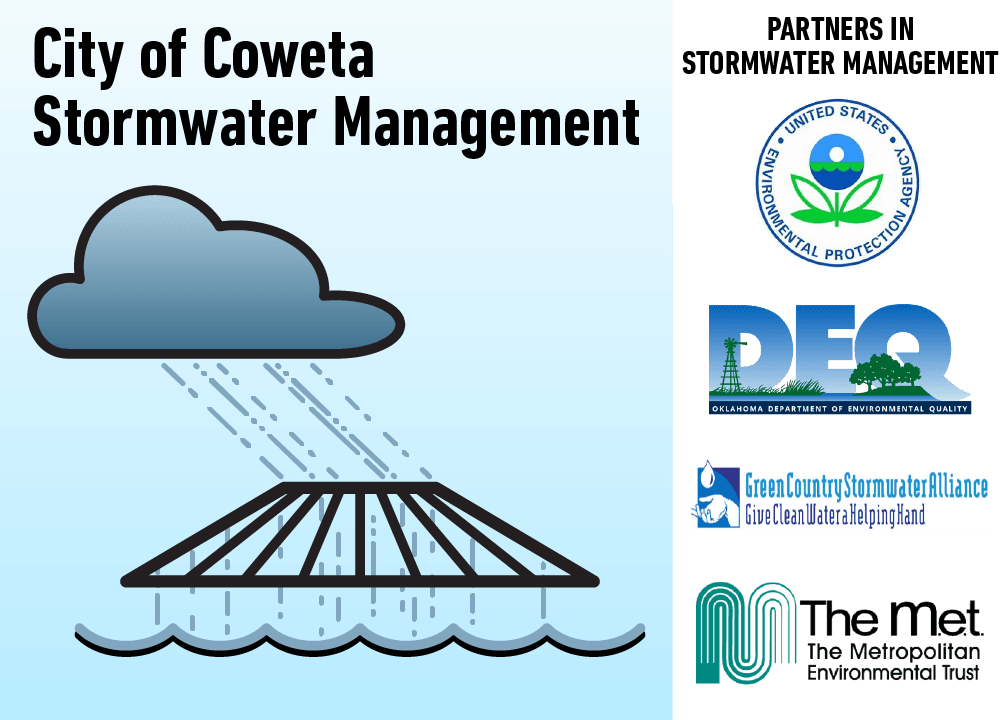 Coweta is a participating member of the Metropolitan Environmental Trust, a regional alliance that facilitates activities at recycling centers, such as household pollutant collection events. For more information about the Coweta Recycling Center and events, visit the M.e.t. website.

The GCSA is a coalition of Tulsa-area cities that works to provide education and assistance on state and federal regulations concerning stormwater pollution. They also offer recommendations to home and business owners to keep their properties chemical-free. For more information, visit the GCSA website.

The rules contained in the Stormwater Management Plan and the OKR04 Permit to Discharge Stormwater originate through regulations set by the EPA. For more information on environmental topics, please visit the EPA website.

The rules and regulations set by the EPA, which are established in the OKR04 Permit to Discharge Stormwater, are locally enforced by ODEQ. For more information on municipal stormwater management, visit the ODEQ website.